The Alaskan Klee Kai exhibits many of the best characteristics of its arctic ancestors. A pressing question for potential owners, then, is whether this small member of the spitz dog family is a healthy choice. The Alaskan Klee Kai, being a new small breed and developed in the mid-1970's through the private efforts of Linda Spurlin, only the following is known in regards to the overall health of the Alaskan Klee Kai breed.

Abby and Chance have had the CBC Chem Screen Test and the T4 - Thyroid Testing - all is fine with results!

** Denver is clear - both parents are clear.

**This means they can be bred together with no complications.**

A "carrier" should not be bred to a "carrier."

A "carrier" should not be bred to an "affected."

An "affected" should never be bred to another "affected." The Alaskan Klee Kai really should be retired from breeding.

Dogs with hereditary FVII deficiency may exhibit an increased bleeding tendency following trauma or surgery or rarely appear to develop spontaneous bleeding. There are few reports of severe bleeding requiring blood transfusions, and some FVII-deficient dogs may remain unrecognized. As this is an autosomal recessive disorder, the diseased/mutant gene (allele) may be unknowingly passed on through generations not only via asymptomatic carriers but also affected dogs, as they may not show obvious signs. Carriers have one mutant and one normal gene and appear clinically normal, but they can pass the defective gene to their offspring. Only a small number of Alaskan Klee Kai dogs have been tested thus far, and hence the frequency and bleeding tendency remain to be elucidated..." Excerpt from the March 15, 2006 "Factor VII Information Update" by Dr.Urs Giger of UoPenn Posted on UAKKA.com & AKKAOA.org Websites.

Fortunately, this anomaly has been discovered early in the life of this breed and scientists have managed to develop a fast and effective means of testing for the gene through DNA testing. Again, dogs that are affected should be restricted from breeding and dogs that are shown to be carriers should not be bred to other carriers,. Therefore, their offspring will not be affected. Thanks to the early identification and subsequent culling of effected breed members, there is a good chance this syndrome will not significantly impact the breed.

The Alakkawa Kennels breeders have their vet perform a series of health checks on their AKK before they are bred to include T4 Hormone and Hypothyroidism and the Blood Chemistry Panel.

The photographs below were taken with my camera phone, so they are not super in quality. 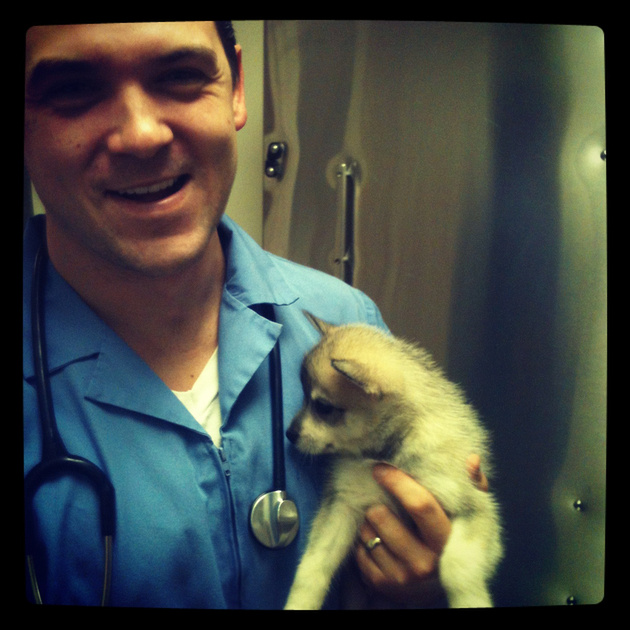 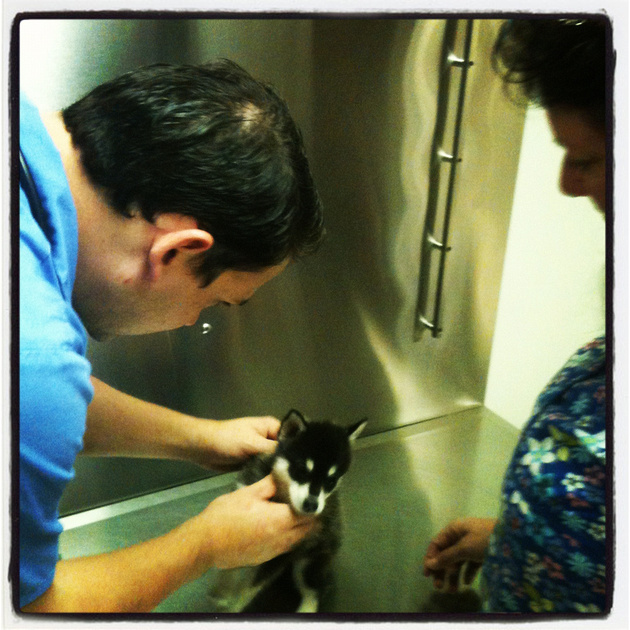 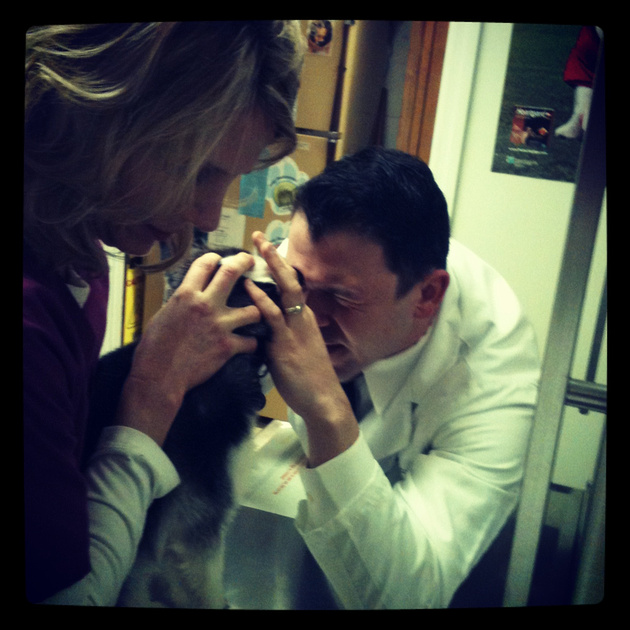 OTHER HEALTH ISSUES HAVE BEEN REPORTED IN THIS NEW BREED

Cryptorchidism (Retained testicle(s)) - in most cases the testes will drop by the time the male is one year old in AKK.

These are health issues which have been reported in various Alaskan Klee Kai from other breeders and pet owners. This does not mean that in every single litter, a pup will be born with one or all of these health issues. This is simply a list and this list is not all inclusive. 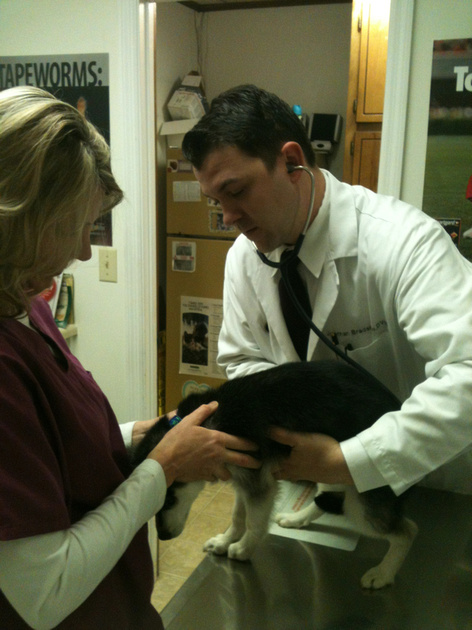 The materials (written content and photographs) on this web site are the property of ALAKKAWA KENNELS. Reproduction or distribution of information and/or photographs whether or not for profit, without the express written authorization from MARYANNE HINKLE (author of the content of this website and photographer of photographs on this website), is a violation of Federal Law, and may be subject to Civil remedies, including injunctions, impounding of infringing articles, statutory and actual damages, profits and attorney's fees, and criminal penalties including fines and imprisonment. Authorized usage will be considered for students and non-profit organizations.